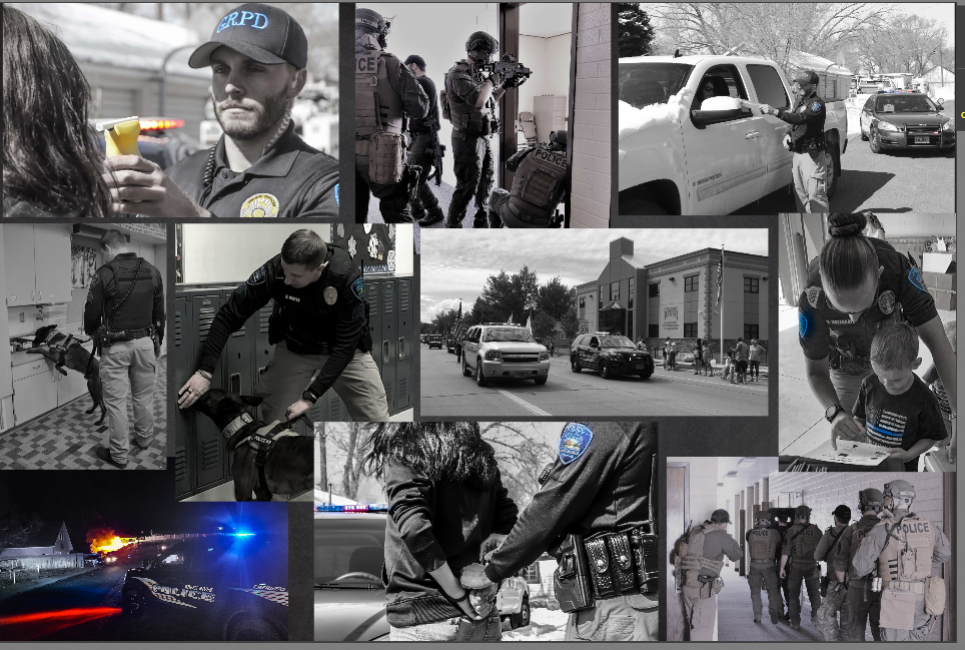 The Patrol Division is the largest unit within the Green River Police Department, with the strength of two captains, five sergeants, two corporals, and 10 officers.

Green River patrol officers work 12-hour shifts and are assigned to geographical areas of responsibilities commonly referred to as beats.

The City of Green River has provided the resources, training, and equipment that allow the patrol division to provide other special services to the community like:

Police officers assigned to the patrol division responds to approximately 15,000 calls for service each year and complete preliminary investigations into all crimes occurring in the City.

The Patrol Division is referred to as the backbone of the police department because these uniform officers are responsible for the 24 hour-a-day task of responding to calls for service, preventing criminal activity, conducting preliminary criminal investigations, apprehending criminals, traffic enforcement, accident investigation, and community interaction. In addition to traditional criminal and traffic enforcement responsibility, the Patrol Division also provides other helpful community services including:

The officers of the Green River Patrol Division are some of the most visible and well-trained representatives of local government who are "Working Together to Serve You Better." 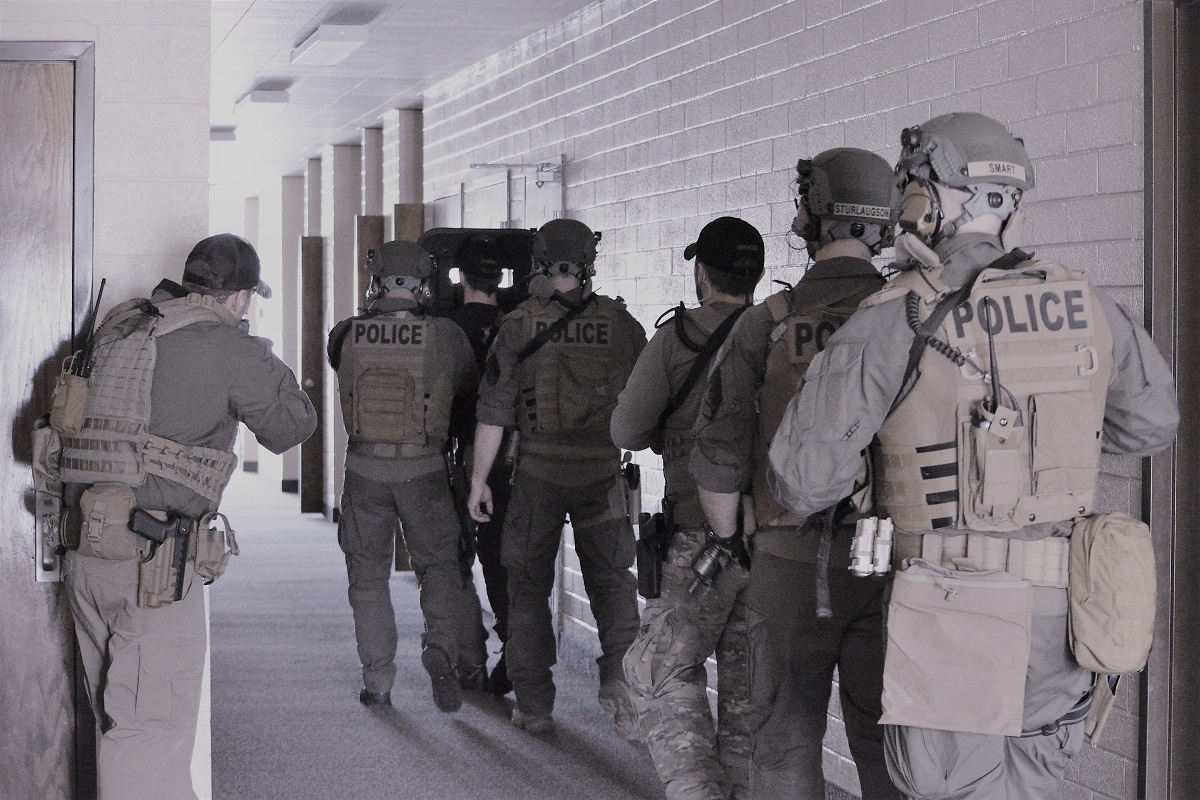 Established in the 1980s, the Green River SWAT Team (Special Weapons And Tactics) is a group of highly trained officers whose primary purpose is to respond to incidents outside of the scope of normal police work. These incidents include, but aren’t limited to; hostage incidents, riot control, active gunmen, dignitary protection, barricaded subjects, and high-risk warrant service. The team also responds to calls from other agencies throughout the state when requested to do so. 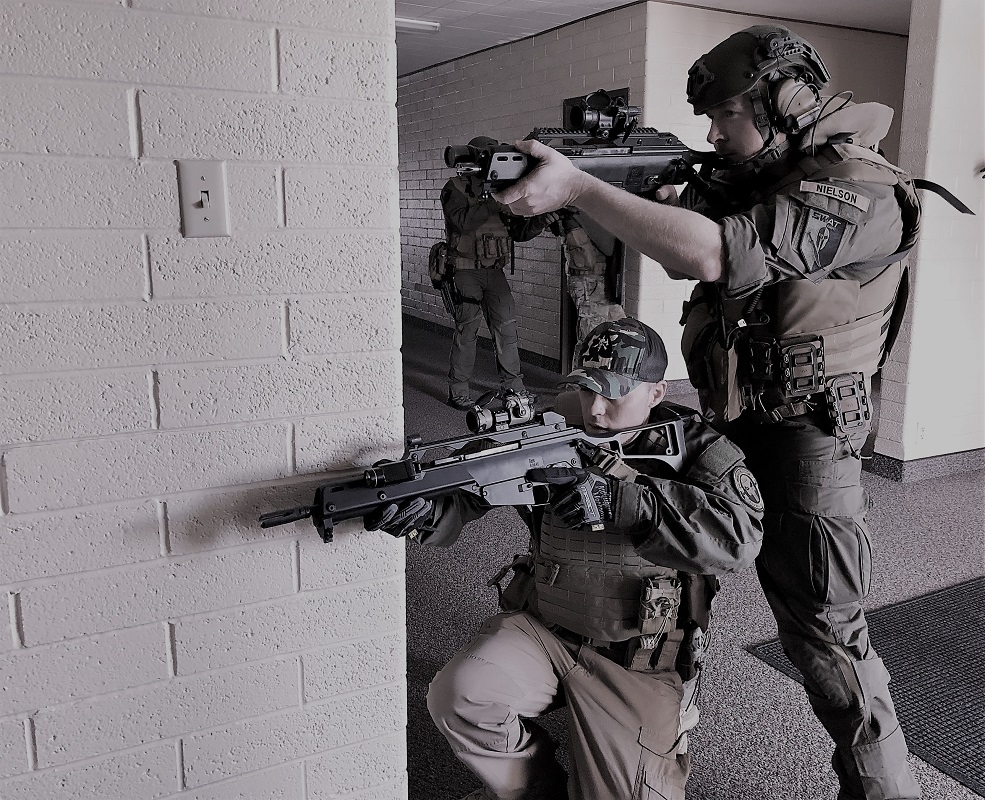 The team currently consists of an entry team, a sniper team, and a support team that includes an explosive ordnance unit, a negotiations unit, and a TEMS (Tactical Emergency Medicine) unit.

Officers assigned to Joint SWAT must complete a rigorous physical fitness test, a marksman course, and an oral interview to be selected to the team. The team trains over 200 hours annually on their own and also attends other specialized training programs throughout the year.

The mission of the Joint SWAT Team is to save lives by attempting to reduce the risk of injury and loss of life to hostages, innocent citizens, law enforcement officers, and suspects. 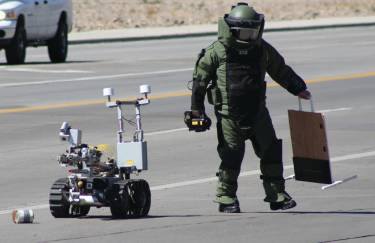 The Bomb Squad’s area of responsibility ranges from Vernal, Utah, north to the Montana State line, including the Flaming Gorge Dam and Yellowstone National Park, and from the Western border of Wyoming to Rawlins. The Bomb Squad also does educational awareness for the public and other emergency responders.